How to Easily Save Money on Meat 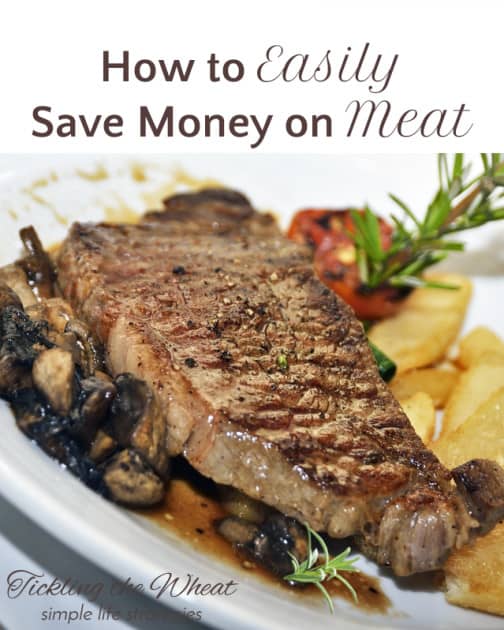 Spending is inevitable (we all need to eat, wear clothes, and have a roof over our heads). Even so, there are ways to spend less on each of those items. As part of the “Take Control of Your Spending” series, I’ve been sharing tips on how to save money (even while you’re spending it). This week, we’ll focus on saving money on your groceries.

Meat is probably the most expensive portion of your meal. This year, the price of beef and deli meats have skyrocketed! To combat that, I’ve been trying the following tricks.

If at all possible, I try to do my grocery shopping first thing in the morning. The meat department often discounts the meat from the previous day. The meat is perfectly good (at that point, it’s only been in the refrigerator overnight). I either use the meat for that night’s dinner or freeze it immediately once I get home.

I used to always buy meat for each meal in packages that were larger than one pound. To save money, I’ve been buying smaller packages, like 0.5-pound or .75-pound packages to make each meal. If I do have larger amounts of meat, then I double the recipe. I also add extra beans or pasta to recipes like chili. Instead of only including one can of chili beans, I add a can of chili beans and black beans to give the recipe extra “oomph.”

When meat is on sale, I stock up. I call my local grocery store and place a meat order for several pork or beef loins, for example. I ask the butcher to slice them into steaks and roasts, and then I repackage them into smaller, meal-sized packages when I get home. I freeze the packages, and viola, we have meat for the next few months!

I’m not a vegetarian, and my daughter is currently going through a phase where she’ll only eat meat and fruit. Even so, I’ve been trying to use meat substitutes in some meals (like meatless chili or using Great Northern beans instead of chicken in a penne pasta dish). I hesitated to make the change, but so far no one has complained!

It can be difficult to find healthy, quality cuts of meat for a decent price, but it can be done! Try the tips above and let me know how you save money on meat! Stay tuned for more tips for saving on your groceries. I’ll share tips for saving on produce, pantry staples, and household items later this week.