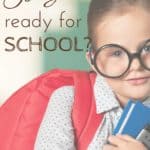 People are more than willing to share parenting advice, especially about controversial topics like whether or not your child is ready to enter kindergarten.

My son turned five this summer, but we made the tough decision to “academically redshirt” him, or hold him back in school. Instead of attending kindergarten as a five-year-old, he’ll attend our school district’s young fives program for a year. He’ll then enter kindergarten when he’s a more mature six.

How to Make the Decision to Hold Your Child Back

Think about the reasons you want to redshirt your kindergartener

Deciding to redshirt your kindergartener isn’t an easy process. Many more parents are choosing to hold their five-year-olds back now than in generations past, but there are still many issues to consider. Some of the most common reasons to hold a child back are:

Decide if your is child ready for school

One of the first things you should do when making a decision about whether to hold your child back is think about your child. Question whether your child is ready for school. Some issues that you may want to consider are:

Get a second (or third or fourth) opinion

After a lot of discussion within my family, I also sought out the opinions of people who knew my son, as well as his future teachers. Before making your decision, you may want to visit the school and speak with the following people:

Find out what the experts say

I researched my heart out. I fully expected the research to support my decision to base my son’s academic readiness on his birth month, but I was surprised by the statistics. Although some research indicated that children who had been academically redshirted were statistically more likely to succeed in school, the numbers were smaller than I expected. One University of California, Santa Barbara, study found the following statistics:

While many studies demonstrate the benefits of holding young children back, parents should assess their reasons for redshirting their children. If the child is emotionally, physically, and mentally ready for school, the young child may benefit from attending class with older, more mature classmates. One study found that while older children scored higher than their younger classmates, as they progressed through school, the younger students eventually caught up. Studies have also shown that younger students benefited more than older students in each grade level.

In the end, the decision to hold your child back in school or send him early is ultimately up to you, the parent. You know your child’s intellectual, emotional, and physical readiness better than anyone else. The studies vary on whether redshirting your child actually makes a difference. Rather than basing your decision solely on your child’s birth month, make sure that you consider your child’s maturity and academic readiness. While you want to give your child every advantage in life, he may surprise you by accepting the challenge and outperforming his older classmates.