Five Characteristics Of A Good Father 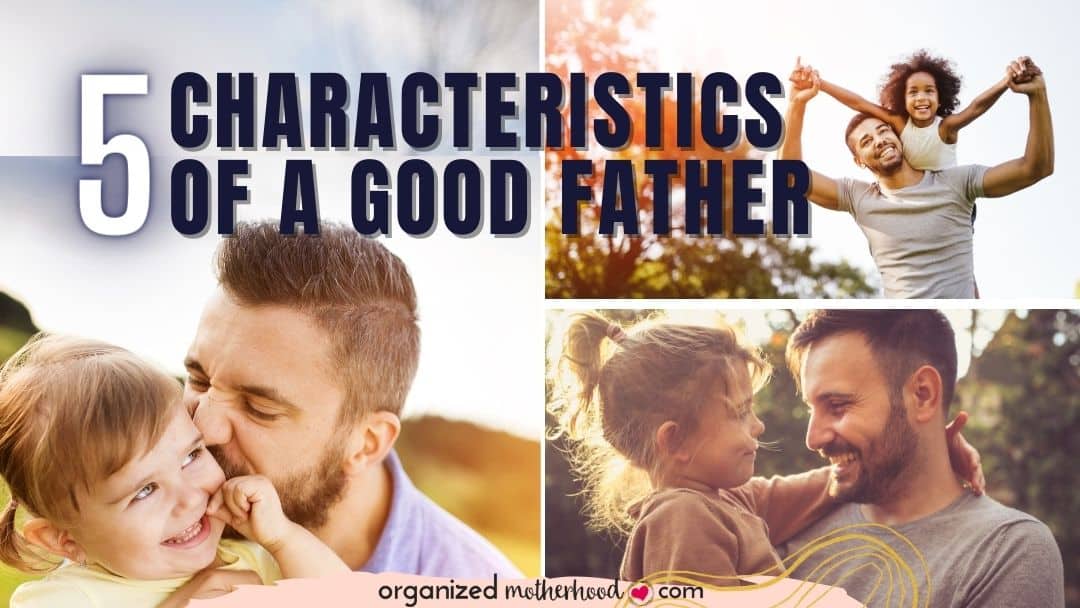 There are a number of things that children expect from their parents, fathers in particular. We look to them to be a role model, we look to them for help and advice, a hand to pull you up, or just to hold if that’s what you need. These characteristics of a good father are the most important qualities that every dad should embody.

A good father protects his children

One of the most important characteristics of a good father is that he protects his children from anything that might stand in the way of their happiness or hurt them. He puts his children’s needs first.

A good father will provide for his family

Providing for your family does not mean just financially.

One of the characteristics of a good father is his ability to make sure he gives his children the emotional support they need with no strings attached, as well as a safety net to fall back on.

This doesn’t mean coddling them or allowing them to get away with mischief.

A good father knows what his family needs from him: love, unconditional and irrevocable; support; protection; trust; and a shoulder.

A good father is firm, but just

The hardest thing for a father to do is discipline his children. Every parent likes to believe that their child is a veritable angel and might gloss over issues that need to be addressed and dealt with.

The strongest characteristic of a good father is his ability to be an effective parent by being firm and consistent with his children.

It’s so important to teach kids the difference between right and wrong by being an effective disciplinarian and a moral compass.

Children should be able to go to their parents when they’re in trouble, need help, or have done something wrong and don’t know what to do, without having to worry that parents will yell or punish them unfairly.

Children should know that their father will be just and fair, but at the same time help them to overcome their hurdles.

Disciplining children effectively and staying consistent is a hard trait to master, but if you’re struggling in this area, I HIGHLY recommend Parenting Manual 101. It’s an eCourse designed to help you improve in all areas of parenting.

A father’s job doesn’t end when his kids turn 18. He, as their parent, is responsible for instilling in them a set of fundamental rules and moral codes by embodying those principles and following those same rules himself in life.

A good father leads by example.

He isn’t just raising children, he’s raising a child to be a good adult.

“If you spoil your child, you will have to raise your grandchild.”

A good father raises his kids so he can spoil his grandchildren.

A good father is kind

Parents often forget to be kind in their quest to raise their children and giving them all they need and deserve. A child with a good father knows that even when he is being disciplined, there is kindness and love behind his father’s words and actions.

A good father never lets his child believe that he is anything but loved. How? By being kind and consistent in his actions and behavior, even when he is being firm and strict.

Organized Motherhood is a participant in the Amazon Services LLC Associates Program, an affiliate advertising program designed to provide a means for sites to earn advertising fees by advertising and linking to amazon.com. Amazon and the Amazon logo are trademarks of Amazon.com, Inc. or its affiliates.